How the 1960s Shaped the Modern Technology Landscape

The 1960s were a whirlwind of revolutions from start to finish. While free-loving hippies, rock music, and lava lamps deserve a mention, there was an incredible technology boom happening around the world.  From landing the first man on the moon to breakthroughs in software, the 60s showed us exactly how powerful technology could become when the responsibility of advancement wasn’t only in the hands of scientists.

Really, with new hardware and affordable development tools entering homes, everyone could effectively contribute to digital growth in their own way. First up on our list is an under-appreciated wooden block with a tail that deserves a massive shoutout in our books.

Of course, that wooden block is the X-Y Position Indicator for a display system. More commonly known as a computer mouse. This invention from 1964 totally changed the way people interacted with computers. Before its creation, you'd basically be stuck using a keyboard to navigate through your computer... barbaric, we know. 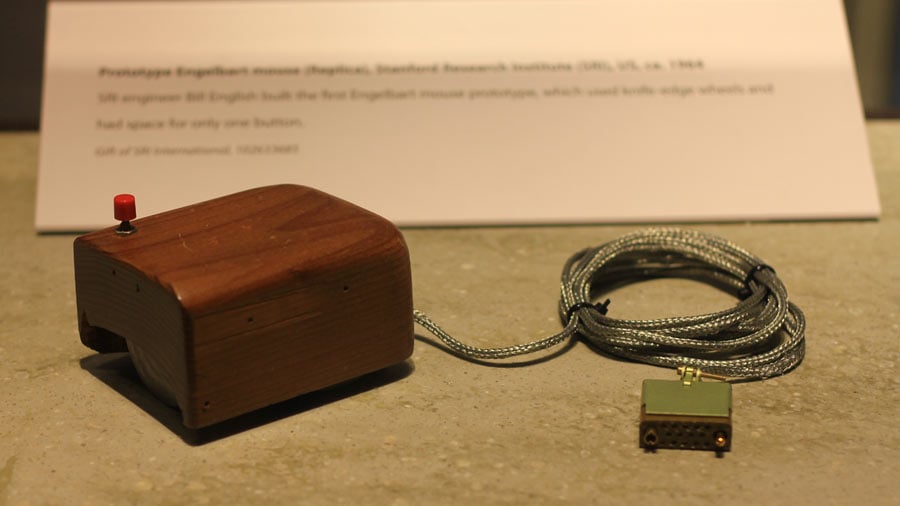 Funnily enough, the mouse hasn't changed very much since the 60s. Yeah, we added more buttons and better methods for tracking movement but that's about it. So why are we talking about it then? Because drag-and-drop development only exists because of this one idea.

From Betty Blocks' perspective, the computer mouse is like the grandfather of the whole no-code movement! Funnily enough, 1964 also gave life to another very important member of the no-code family. Except, less on the hardware side...

Although the terminology didn’t exist at the time, BASIC could be described as the very first step towards citizen development. Simply put, it was a programming language that was simple enough to be taught to absolutely anyone. Maybe not on the same scale as no-code but it achieved a very similar goal. BASIC (Beginners' All-purpose Symbolic Instruction Code) was created in response to the exclusivity and extreme difficulty of software development at the time.

BASIC creators John G. Kemeny and Thomas E. Kurtz wanted to enable anyone to contribute towards technological advancement without needing a degree to do so. So was it successful? Well, I could list everything that BASIC created but you only need to know that Microsoft eventually picked it up to understand just how influential it really was.

No-code is the evolution of what BASIC and other accessible programming tools set out to achieve. Our mission is to democratize software development to allow everyone in an organization to contribute towards or even accelerate digital advancement. Funny how history repeats itself right?

So, thanks to BASIC, people had the ability to develop their own tools (yay!) but they were stuck trying to do it on nightmarish operating systems.

Buying your first computer in the early 60s meant you were also stuck with their proprietary operating system. Which sucked. They were all massive, slow, and impossible to use without being an actual computer scientist. Thanks to UNIX founders Ken Thompson and Dennis Ritchie, we now have operating systems that are intuitive enough for anyone to drive. 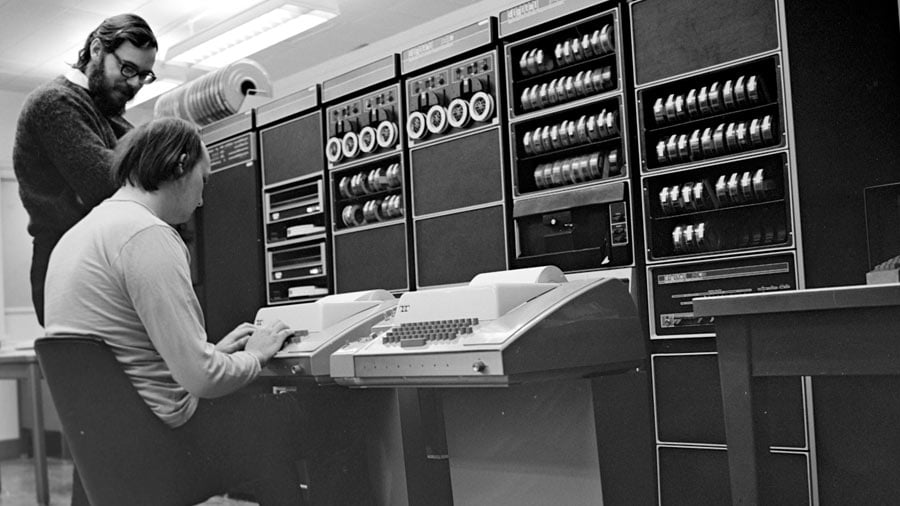 Their idea was to build the first open-sourced, flexible, and simple alternative which would work on any hardware. Well, they absolutely nailed it! UNIX didn’t just work on just about everything, it was far more lightweight, affordable, and efficient than anything else around.

Before UNIX, your entire computer was dedicated to single tasks: save this file, open this document, print. Nothing could be done at the same time. So every time you did something there was this period of... okay now wait. Next time you’re listening to Spotify while working, take a minute to thank UNIX.

UNIX’s impact doesn’t end with usability though, it’s open-sourced format accelerated programming techniques by magnitudes. Modular design, C++, JAVA, the internet, and even our no-code platform all have direct connections to UNIX’s ideas!

I’ll be going into more detail about the actual internet revolution later but the late 60s laid the foundations for what would come later. In 1969, the US government needed a way to connect their computer networks on a national and global level.

Problem is, computers are actually pretty dumb, so without being instructed how to communicate with other networks, it simply couldn’t happen. So they established the first internet protocols and the ARPAnet to allow the very first data transfer between computer networks over large distances. That in itself is important… but boring.

Here’s where it gets really cool. Despite being developed by the brightest minds in the government, the ARPAnet was successfully hacked into multiple times. By… Teenagers! Yes developments like UNIX and BASIC gave early adopters (specifically tech-savvy kids in this case) enough power to crack even the highest level of security at the time.

It just goes to show what resourceful people can do when they’re handed the right tools.

Keep calm and innovate on

Without UNIX, BASIC or even the humble computer mouse, every interaction with computers would end like the gif above. Just trying to get into a Word document would probably require your company computer scientist to help you and you’d have to walk too because… no email.

Nowadays though, computers are almost an extension of who we are. Not only because they’re easier to use but because they’re designed to be accessible. For Betty Blocks, we want to make the same true for software development and we’re organizing an event to show you exactly how we’re making that happen today.

Take the journey to no-code with us!

Join us on March 18 & 19 for a journey through the technology, ideas, and just plain cool innovations that (after decades of refinement) have made their way into the Betty Blocks platform. Whether that’s security best practices or modular application design, you'll get concrete proof why no-code isn’t just a tool for citizen developers anymore!

The Naked Lawyer: 2023? Keep Pedalling! Stick to the Facts

2023 has started, and this year Chrissie Lightfoot, aka #TheNakedLawyer, is forgetting about trends and predictions, and sticking to the facts.

The Naked Lawyer: Winter HAS Come! How to Power Through the Recession?

Winter is here, the UK is entering a recession, layoffs and hiring freezes are on the rise, and the legal industry is bracing itself.