How the 1950s Shaped the Modern Technology Landscape

While the 1950s may have been a time of very conservative people, science and technology experienced a major growth spurt. If anything, the 1950s are the official start of modern computing technology. Today, we pay tribute to some of the greatest innovations which helped build our no-code development platform into a powerful tool for IT professionals.

The EDSAC (or Electronic Delay Storage Automatic Calculator) almost single-handedly paved the way for modern computing. Basically, everything from the first applications to programming languages and even games was built into this apartment sized computer by the University of Cambridge. 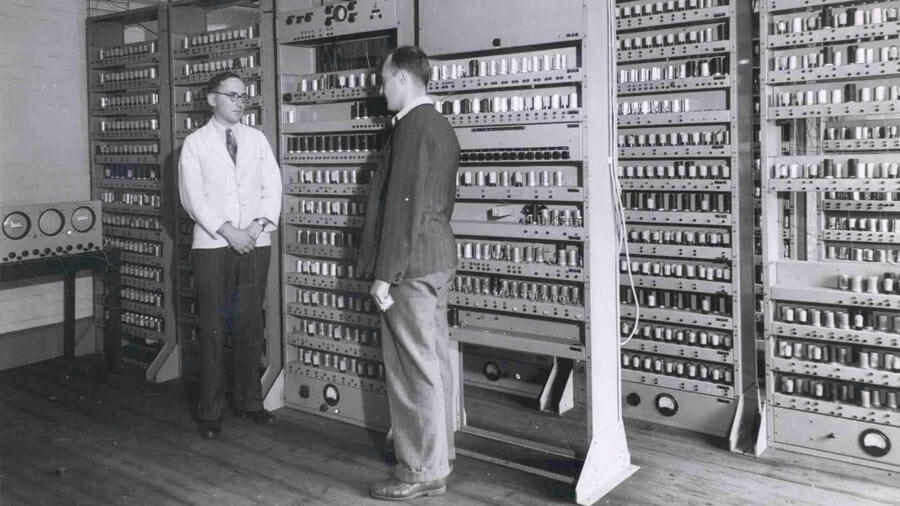 Everything pictured above (except the people) forms the EDSAC

Its size wasn’t just for show either. The EDSAC repeatedly proved that computers would be the next step in technological advancement. Three Nobel Prize winners, genetic scientists, and mathematicians all attributed major breakthroughs in their research to the EDSAC’s revolutionary data processing capabilities.

Despite being revolutionary for its time, computers like the EDSAC were simply too expensive to mass-produce. But, rather than the technology stalling, experts from around the world went in search of new materials, ideas, and inventions to make affordable computing a reality. Unless you’re reading this on an EDSAC right now, I think it should be fairly obvious that they succeeded.

While most of the original technology like vacuum tubes are outdated, we have the EDSAC to thank for everything from home computers to Tesla cars!

Fiber optics today offer unparalleled internet speeds over huge distances. You might think the idea of using light for transferring data is a brand-new idea but it’s actually way older than you’d think. The first optical fiber cable was created back in 1952 by Narinder Singh Kapany and performed an eerily similar function to the modern version. Bear in mind that this is before the internet was a thing.

Narinder theorized that his cable could transfer sound or even information through lightwaves and could provide an alternative to telephone cables. Unfortunately, the technology available to him contained loads of impurities that stalled his project but kick-started the development of fiber optic communications.

70(ish) years later, fiber optic cables are sending unimaginable amounts of data between continents at the speed of light. Literally. On a global scale, businesses (or private homes) can share information between each other or devices in real-time.

Take a look at the EDSAC above and whatever computer you’re using right now. This little guy is the reason you’re not standing in an entire room just to browse the internet. This is the very first microchip that packed a whopping 1 transistor for data processing. Compare that to a modern smartphone with its 125 million and you’ll understand just how far the technology has come since the 50s. 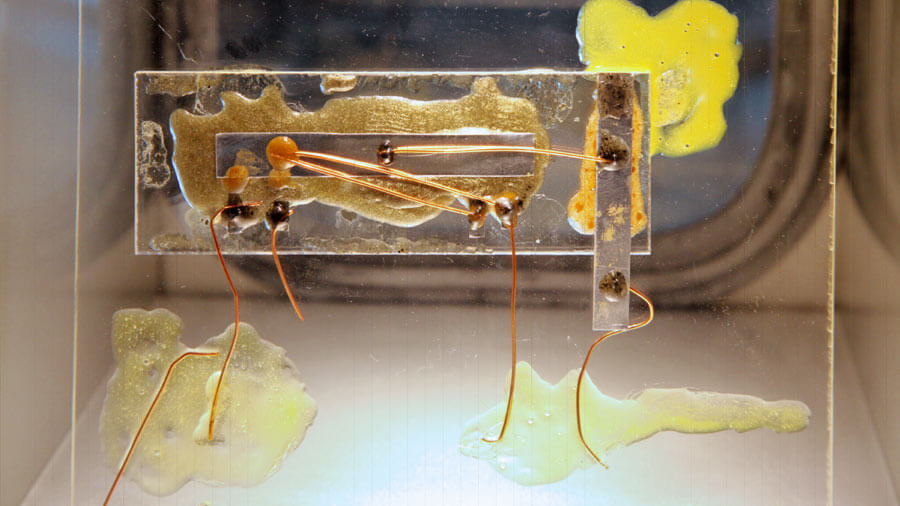 Think of it this way: If Jack Kilby hadn’t invented the microchip, modern computers would take up entire buildings or even cities just to think about opening Facebook.

Processing power is continuously being packed into smaller, more efficient chips which simply allow us to do more. Whether that’s more powerful applications, processing vast amounts of data, or rendering 4k cat videos, the microchip is what’s letting the world get things done.

Take the journey to no-code

Join us on March 18 & 19 for a journey through the technology, ideas, and just plain cool innovations that (after decades of refinement) have made their way into the Betty Blocks platform. Whether that’s security best practices or modular application design, you'll get concrete proof why no-code isn’t just a tool for citizen developers anymore!

From August 22-26th, Betty Blocks joined the LegalTech Vacation Scheme as a gold sponsor. Organized by Law School 2.0, the event was the place to be for all people, tech, and trends that are interested in the legal industry and leveraging...