3 Reasons Why Businesses Should Build Their Own Applications

Not too long ago, organizations hardly ever considered building their own applications. But times have changed and so have business strategies. With the growing availability of no-code platforms, the era of the Citizen Developer has arrived. An age where business users take software matters into their own hands, empowered by new tools that will become indispensable in the near future. 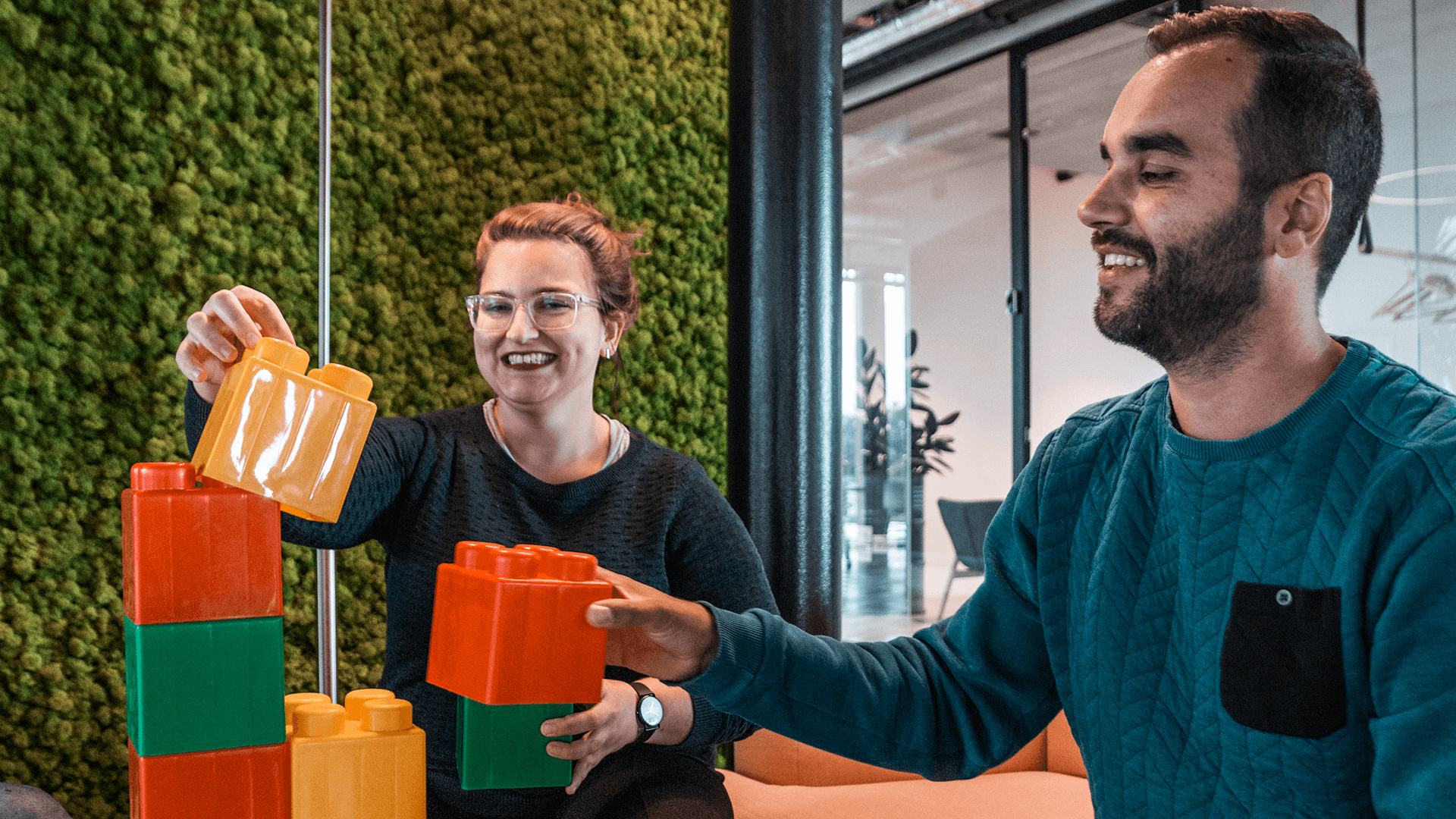 And so, today’s businesses also need to be in the business of building their own software. Here’s why.

No-code software is already powering the way forward for businesses of all shapes and sizes. But, the real driving force behind these platforms is the Citizen Developer, a new type of application kickstarter that isn’t necessarily educated in programming.

Without the absolute need for programming expertise, Citizen Developers create their own innovations. By taking over aspects of development, they help organizations expand their capabilities by enabling them to better align business and IT. In this role, they can build applications based on their business needs and in collaboration with IT. As virtually every business now has to implement a digital strategy to survive -- even the local florist on your street corner --, it’s essential to keep in mind that software has become everybody’s business.

It makes perfect sense: in a time when many companies don’t have the right software to get the job done efficiently, why wouldn’t they write their own? There is a growing need among business users to take ownership of the applications they use, and it’s about time these needs are being met.

#2 If you don't innovate, competitors will eat you

One striking example of a case in which innovation needs weren’t met, was during the epic battle between Google and Yahoo. Note that, back in 2005, Yahoo was still the biggest internet-indexing company in the world, with Google coming in a close second (but you obviously know who claimed final victory). In this case, Google adopted a Citizen Developer mindset, while Yahoo continued to do business the traditional way.

While undervaluing the importance of the search engine, Yahoo focused on becoming a media giant instead, neglecting consumer needs. Google, on the other hand, anticipated the desires of the crowd. It came up with a solid strategy to automate the indexing of the web, paving the way for intergalactic domination.

Though moderately successful as a media company, Yahoo failed to make enough profit to scale. Although it once had the chance to buy both Google (in 2002) and Facebook (in 2006), Yahoo refused to innovate and failed big time in the long run. If things would have gone differently, maybe we would have now used the verb ‘yahooing’ instead of ‘googling’ something online.

Google did what every Citizen Developer is made for: it came up with a software solution to maximize efficiency for both the consumer and the company itself.

No-code applications are already being embraced by many leading businesses, like Univé and Microsoft. By turning their existing personnel into citizen developers, they’re redefining the way they operate while aligning business with IT and maximizing productivity.

Since creating software is no longer a playing field only reserved for the big tech companies, it can be a viable tool for any enterprise organization. Not only are these applications becoming more indispensable, but they are also proven to be more time- and cost effective (as they prevent businesses from hiring and retaining extensive development teams).

#3 Your employees want to be in control

For new generations who have been brought up with video games, iPads, and smartphones, it’s in their nature to experiment with building their own software in a playful and organic way. "It's a generational thing," says analyst Ian Finley of global research and advisory firm Gartner.

According to Finley: "Many of the baby boomers are now retiring, and they are being replaced by younger people who have used computers in school, who have played with web and blogging tools, and who simply don't fear technology." What drives these new Citizen Developers is the knowledge that they could be more productive at their job if they had the right tools.

Although transforming your business by implementing Citizen Development may involve some extra work for your IT department, as they have to supervise and coach the Citizen Developer while he sets up shop. But eventually, it will relieve them of the burden of acquiring or developing and supporting software that these Citizen Developers would otherwise need.

So, the business of businesses building their own applications has arrived, and it’s here to stay -- obviously. Just like Google did before it won the search engine race by employing a Citizen Developer mindset, traditional enterprises have to step outside of their comfort zone in order to remain relevant. And while major companies are already adopting no-code and Citizen Development, clearly noticing its effects, you also might want to consider adopting this new way of developing yourself.

After all, you don’t want to end up being the next Yahoo.

Webinar Recap: Pro- and No-Coder Go Head-to-Head in a Battle of Speed

Time-to-market makes a huge difference to your bottom line. Take some time to recover from that ‘duh’ and we’ll get into what you can expect from our latest webinar: How No-Code Leads to a Faster Time-To-Market

With so much consumer demand for...

How We Turn Your Idea Into an Application [Infographic]

This infographic shows how we guide you from ideation to application, assuring that everything is in place for your business to start no-coding with confidence.

An Introduction to the New Page Builder Part 2: Pro-Coders

We just couldn't wait to share what we've been working on with the upcoming release of our new Page Builder. If you’re a pro-coder, you’ll want to check out part 2 of our recent webinar: An Introduction to the New Page Builder.